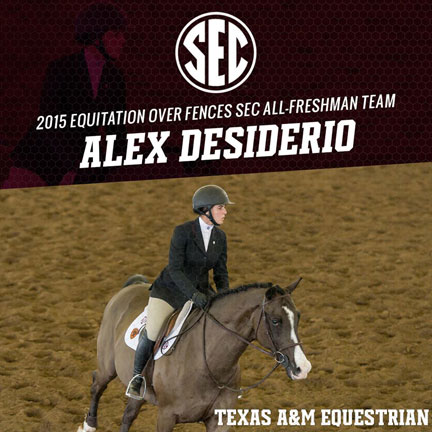 Although just a freshman in 2014-15, Alex earned Most Outstanding Player, finishing with an 8-5 record, tying for the most wins on her team and helping the Aggies finish in 5th place overall. Alex holds her team’s second-highest score of the season at 86. Six of her eight wins came against top-10 programs and four of those were by a double-digit margin.

The Southeastern Conference awarded Alex the FRESHMAN RIDER OF THE YEAR award for her achievements. Texas A&M also named her ROOKIE OF THE YEAR.